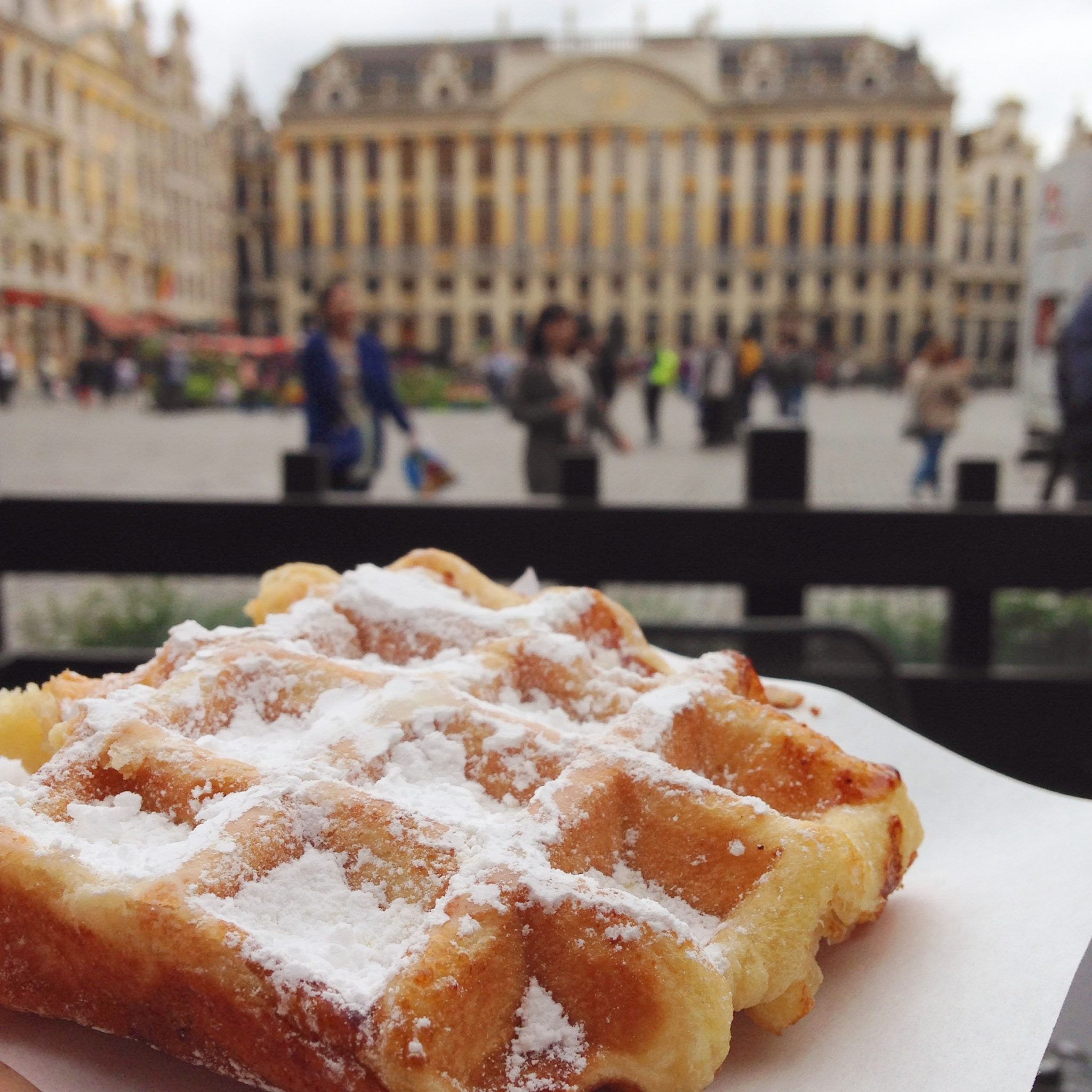 This month, ChezSlaughter Chocolate of Shreveport-Bossier City, LA is featuring the country of Belgium in a ‘Summer Travel Series’ on The Chocolate Blog.

Delight Yourself With A Belgian Waffle
Few desserts are as simple and yet so divine as a real Belgian waffle. We say ‘real’ because what is often billed as a Belgian waffle in America or elsewhere just isn’t the same delicacy you’ll find in the Grand Place.

What Exactly Is A Belgian Waffle?
You probably haven’t had a real Belgian waffle unless you’ve been to Belgium and tasted them firsthand – or unless you know the secrets to making authentic Belgian waffles.

There are a number of varieties of Belgian Waffels in Belgium, but the two most popular are the ‘Brussels Waffle’ and the ‘Liege Waffle’.

The Liege Waffle is the more popular treat in Belgium. And though it may be thinner and smaller than the Brussels waffle, what it lacks in size it makes up for in substance. The secret ingredient is ‘pearl sugar’ – hard nuggets of sugar added to the batter just before baking. These little sugar jewels melt and caramelize as they are baked on the waffle iron, bringing to the surface a thin, sweet crust on the waffle’s top. A bit harder than the Brussels Waffle, the Liege offers a sweet crunch and a less doughy interior. Folks often enjoy these waffles ‘au nature’ – sometimes even cold. Others prefer adding their favorite topping.

A Little Waffle History
The Belgian Waffle had humble beginnings in the Middle Ages when a blacksmith, inspired by the shape of honeycombs, produced an iron with a similar crosshatched pattern. The original batter was said to be made out of out of barley and oats, which was poured into the makeshift waffles iron and cooked over an open fire. Folklore tells us that these Belgian waffles were sold outside churches during religious celebrations.

Thanks to Brussels’ resident Maurice Vermersch and his wife, The Belgian Waffle gained international prominence in 1958 at Expo 58 in Brussels. The Vermersch’s had experimented with the waffles recipe just before World War II, adding yeast and cooking the waffles in cast iron pans covered in lard. Having proved themselves at the World Fair in Brussels, the Vermersch’s brought the Waffle ‘across the pond’ to the 1964 World’s Fair in New York, USA, placing the Belgian treat firmly on the world’s culinary map.

And for that, the world thanks Monsier and Madame Vermersch!

A Grand Tip
If you want to take some of the ‘real thing’ home, you can find Belgian Waffle mixes in Belgian grocery stores such as Carrefour Planet, Carrefour Market, Delhaize and other chains. In the same stores, you can also buy boxes of the pearl sugar.

Where To Find Belgian Waffles
While you won’t find as many Belgian Waffle stands in The Grand Place as you will Belgian chocolate shops, you’ll find ample stands to satisfy your cravings.

Here are a few near the Grand Place: